What the government isn’t telling you about federal transfers

Too many federal transfer programs fail basic tests of transparency, efficiency, and fairness. When it comes to deciding how to allocate billions in federal funding, it makes sense that decisions would be based on specific common-sense principles, like population or need.

But when you look at transfers across the country, and the decision-making underpinning them, there are a substantial number of big transfers – for infrastructure, social and affordable housing, and job training, for instance – where decisions about how funding is distributed among the provinces lacks a clear or sensible rationale.
About two-thirds of Canada’s federal budget does not pay for public services delivered directly by the federal government. Instead, that money is redistributed throughout the country in the form of transfer payments to provinces, local governments, organizations, and individuals.

Because they are such a large share of the federal budget, these transfer payments have a significant impact on regions. If we get the redistribution wrong, it can have far reaching effects. 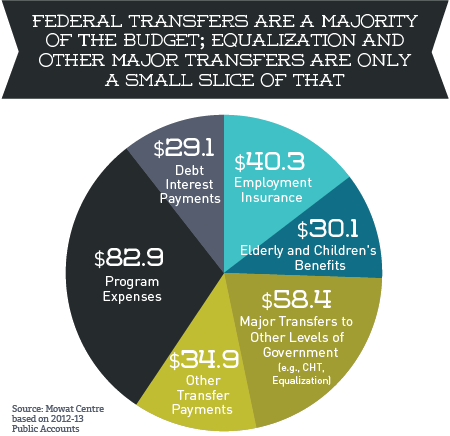 As a July 2014 Mowat report pointed out, a substantial portion of the $163 billion in annual federal transfers to provinces, municipalities, people and organizations is not being allocated based on clear and transparent principles. 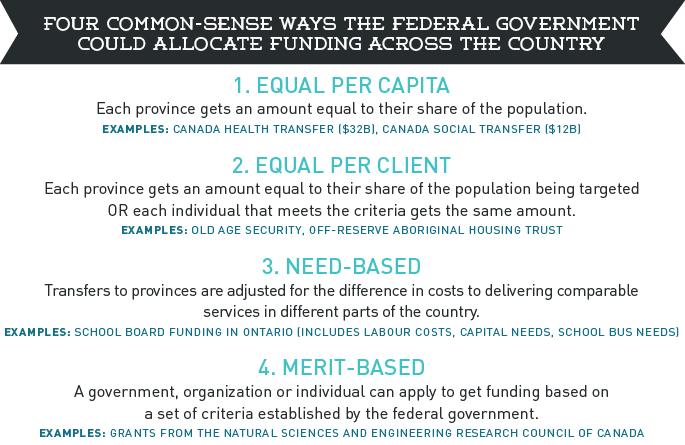 Each of these, applied properly, has the potential to meet four important tests. Transfers should be:
1. Clear and transparent.
2. Fair to Canadians regardless of where they live.
3. Consistent with the policy objectives of the transfer.
4. Predictable, with the flexibility to adapt to changing circumstances.

When decisions on where to allocate federal funding are not based on principles like fairness or transparency, the results can shortchange Canadians based on where they live. This is often the case in Ontario. 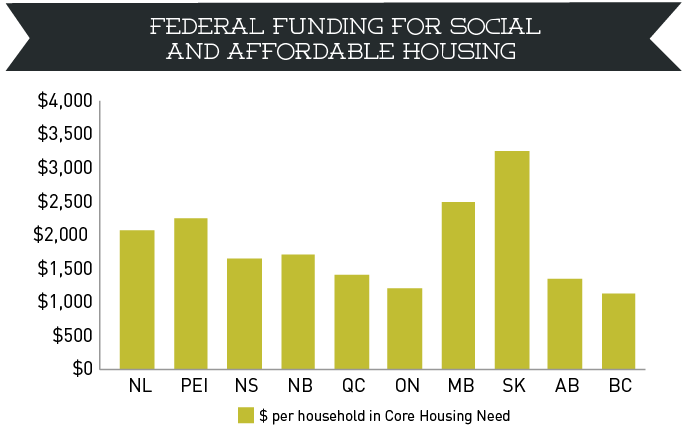 And in the case of infrastructure, Ontario will get $1 billion less over the next 10 years from the Building Canada Plan than it would if these investments were distributed on an equal per capita basis. 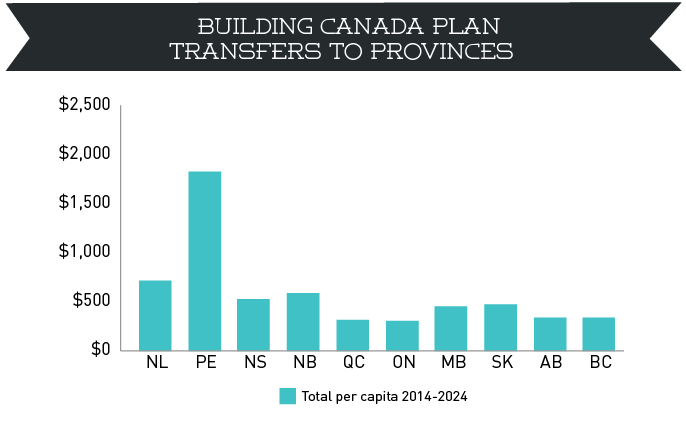 This is because the federal government carved out one-third of the funding as “base funding,” distributing the same amount to each jurisdiction, providing Ontario and PEI with the same investment. There is no rationale for this.

Even transfers that appear to be on an equal per client approach, like immigrant settlement funding, reveal unexplained differences upon closer examination.

Federal transfers for immigrant settlement are distributed to provinces according to a Settlement Funding Formula, which is described as an equal amount per immigrant. Even leaving aside Quebec, (which is subject to a more generous arrangement agreed to decades ago), we still see unexplained differences that don’t seem to line up with the principles of the program. Ontario receives $500 less per immigrant than Newfoundland and Labrador. Saskatchewan receives one third less per immigrant than Ontario or British Columbia.

These funds pay for immigrant settlement services like bridge training, usually delivered by non-profits in the community. The move to end bilateral arrangements with BC, Manitoba and Ontario over the last 5 years was supposed to put provinces on equal footing. Instead there is still a significant difference in what each province receives on a per immigrant basis, which means different access to services in different parts of the country.

Why Should You Care?
When federal transfers are distributed in a way that is opaque or unprincipled, there are real life consequences for public services and public finances. For instance, lower per-immigrant federal transfers for immigrant settlement services in Manitoba could mean fewer programs that help newcomers successfully establish themselves. Lower infrastructure funding for Ontario means worsening gridlock in the GTHA, a drag on the productivity of Canada’s largest city. Skewed funding for training makes it harder for some unemployed people to upgrade their skills, depending on where they live in the country.

Regardless of where you live in Canada, it is in your interest to see public funds handled in a way that’s consistent, transparent and fair. In many cases, federal transfers meet these tests but too many still fail. Transfer payments are a very large part of the federal budget and they have an important impact on every citizen. Canadians deserve to know why and how the federal government distributes their money.

While all Canadians have an interest in fair allocations, the distortions hit Ontario particularly hard.

Two thirds of the federal government’s budget each year are redistributed to provinces and territories, organizations and people through transfer payments.
View this paper

This Mowat Note looks at how regional redistribution works in Canada through the federal government.
View this paper

Distributed Energy Resources The role of regional planning, new benefit-cost methodologies and the competitive landscape What does the advent of distributed energy resources (DER...
Rethinking Municipal Finance for the New Economy While ongoing economic and employment trends are constraining government revenues globally, municipalities in Canada face additional challenges due to...
Come federal budget time, spare a thought for Canada’s unprincipled transfers The federal government will issue its 2019 budget on March 19th. As always, the majority of federal spending will come in the form of transfer payment...