A Decade of Change

The last recession had a profound effect on Ontario, but its effects were felt differently by Ontarians from different backgrounds and in different regions of the province. This is the picture that emerges from the 2016 census data on income and employment, analyzed in Mowat’s latest A Different Ontario report. 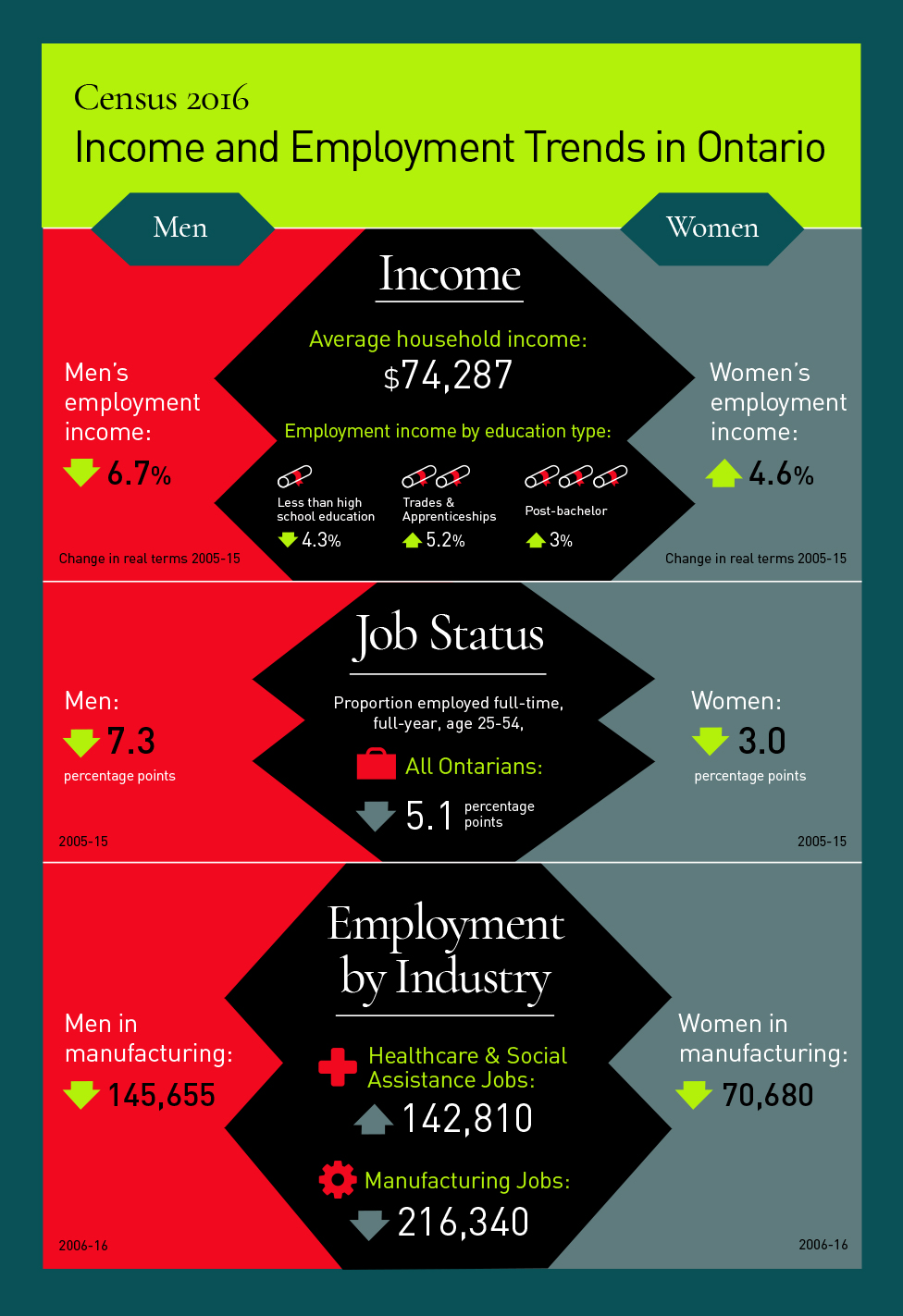 Household median income growth in Ontario from 2005 to 2015 was the slowest in Canada. And while employment income grew for women, those aged 55-64, university graduates with post-bachelor degrees, and those with training in trades, it declined for men, those aged 25-34, and those without a postsecondary education. Median employment income declines were also particularly acute for those living in a number of mid-sized cities in southwestern Ontario and in an arc surrounding the Greater Toronto Area.

Moreover, while Ontario gained nearly 500,000 jobs from 2006 to 2016, the proportion of Ontarians employed full-time year-round actually dropped. Employment gains were greatest in service industries generally requiring a postsecondary education, while employment losses were concentrated in manufacturing, which lost more than 200,000 jobs over this period.

These findings provide some important guidance for policymakers. Governments should prioritize access to trades and apprenticeship training, college, or university, while also providing effective skills training to adults already in the workforce, particularly where employment numbers are falling. Governments should also balance support for the economic growth of the GTA with a regional economic development strategy that ensures new jobs are created in smaller cities and regions, particularly those where manufacturing jobs have been lost. And policymakers should recognize that the situation of young adults in the post-recessionary period is more difficult than that of previous cohorts. 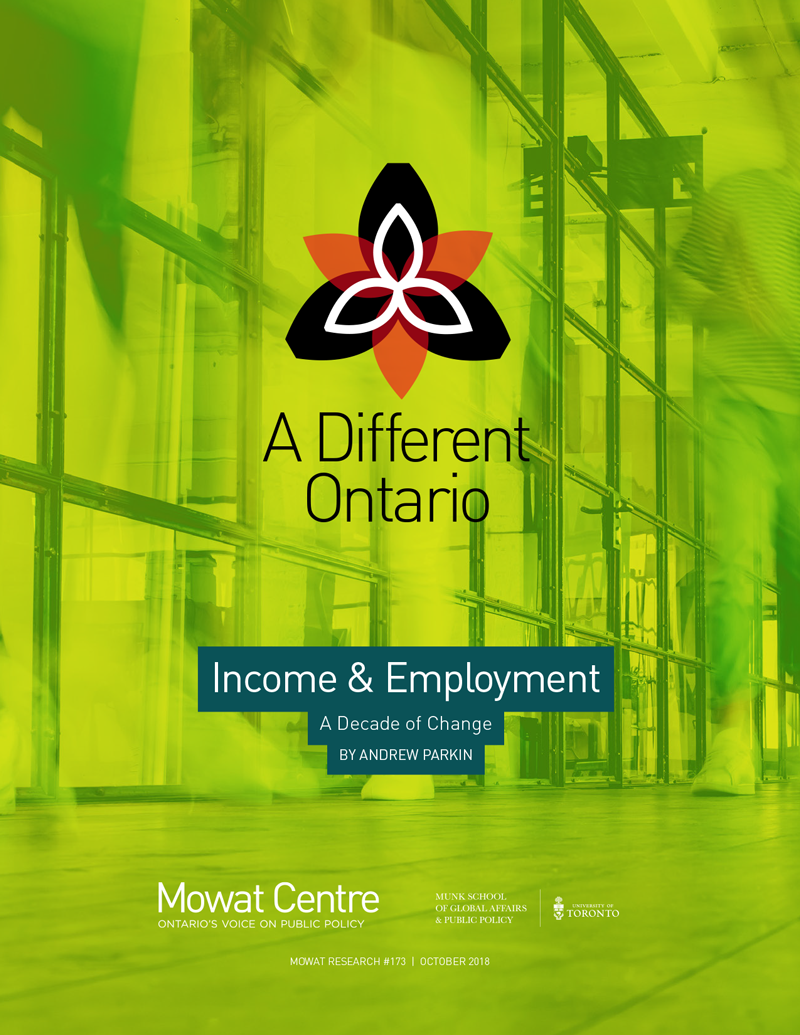 This series of reports takes a close look at data from the 2016 Census to chart the most important trends and to discuss their implications for policymakers. Many of the Census results, such as those related to aging or diversity, have been widely reported. But a closer look at the data reveals both trends that have been overlooked and important nuances that merit more attention from policymakers and the public.
More from this series

The State of STEM: Educating Canadians for the Next 50 Years What skills and competencies will young Canadians need to successfully navigate our increasingly complex world? And what steps need to be taken by all...
Facilitating the Future of Work Through a Modernized EI System Gaps in Canada’s Employment Insurance program are already leaving too many workers behind as gig work, part-time jobs and self-employment grow. EI nee...
What can be done to eliminate work stress? Sunil Johal on CBC’s The National Sunil Johal on CBC's The National discussing healthy work-life balance and potential ways forward with inclusive sustainable workplaces. View on...