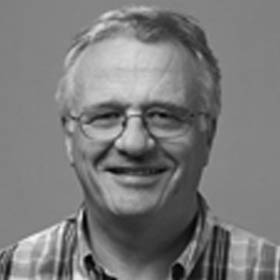 Montreal native Andrew Sancton received his Honours BA from Bishop’s University and his doctoral degree in Politics from Oxford University. Most of his academic career has been spent as a Professor of Political Science at the University of Western Ontario in London. From 1998 until 2000 he was the president of the Canadian Association of Programs in Public Administration and a board member of the Institute of Public Administration of Canada. Professor Sancton is the author of many publications relating to Canadian local government.

He was Chair of Western’s Political Science Department from 2000 until 2005 and was for many years the director of its Local Government Program, which offers an MPA degree designed for local-government managers. He was an expert witness in both the Toronto and Montreal court cases that unsuccessfully challenged the municipal amalgamations in those cities. His 2008 book, The Limits of Boundaries: Why City-Regions Cannot be Self-Governing was one of five books shortlisted that year for the Donner Prize for the best Canadian book on public policy. His latest book is Canadian Local Government: An Urban Perspective (Toronto: Oxford University Canada, 2011). He also has considerable experience with electoral boundaries, having been appointed by the Speaker of the House of Commons to the federal Electoral Boundaries Commission for Ontario on three separate occasions. Professor Sancton is the author of Mowat’s 2010 paper, The Principle of Representation by Population in Canadian Federal Politics.