Brave New World at the OEB

An ongoing Ontario Energy Board (OEB) proceeding offers timely insight into the role the Board sees itself playing in the implementation of government policy through its rate-making activities.

At issue in the case is the extension of natural gas infrastructure to numerous communities too small and remote for the principal gas distributors to rationalize such an extension on economic grounds given current regulatory structures. The OEB was asked by the Minister of Energy to more speedily “examine opportunities to facilitate” such extensions through its rate-setting and project approval powers, and promptly acquiesced to this non-binding request. This paper argues that this case might risk eroding the OEB’s independence from government influence, forcing the Board to weigh policy factors it is neither equipped nor mandated to assess, in its own decision-making processes.

This paper will highlight some of the concerns associated with having the economic regulator of the energy sector engaged in the development of broader social policy, acting on cues from the government of the day.

This commentary is in no way intended to comment on the relative merits of any of the proposals or positions taken by the parties in the case, nor is it intended to canvass all of the areas under consideration in it. The parties have made their final submissions, and the case now rests with the OEB panel for decision. The case has produced voluminous evidence on a wide range of important regulatory issues, and all interested students of regulatory economics and policy will be amply rewarded by a thorough review of the evidence and submissions filed in it.

We want to emphasize that virtually all of the proposals filed in this case appear to be highly respectful of the various interests engaged, and have expertly attempted to find a balance within what is a somewhat confusing policy environment.

This commentary does not address the relative merits of the positions advanced by any of the parties. While it could be said that the proceeding underway is deficient in a number of respects, it may be the case that the proposed expansions of gas infrastructure are, at the end of the day, in the broad public interest. And if that is the direction the Board chooses, it should allow the gas distributors to get on with it. As the Board knows, construction activities of this magnitude require significant advance work and can only be conducted between frosts.

But the point is that the Board is an extremely poor crucible for the development and evolution of social and economic development policy.

What this commentary does address is the role apparent government policy has played in a fundamental reconsideration of the economic basis upon which natural gas infrastructure should be extended to remote communities. It also looks at issues that can arise when the Board is over-responsive to what appears to be government policy.

Mowat Energy’s On the Grid series provides a platform for original thinking about the future of the energy sector in Ontario. The series includes contributions from Mowat Energy, as well as articles or case commentaries authored by interested experts.

To the On the Grid page 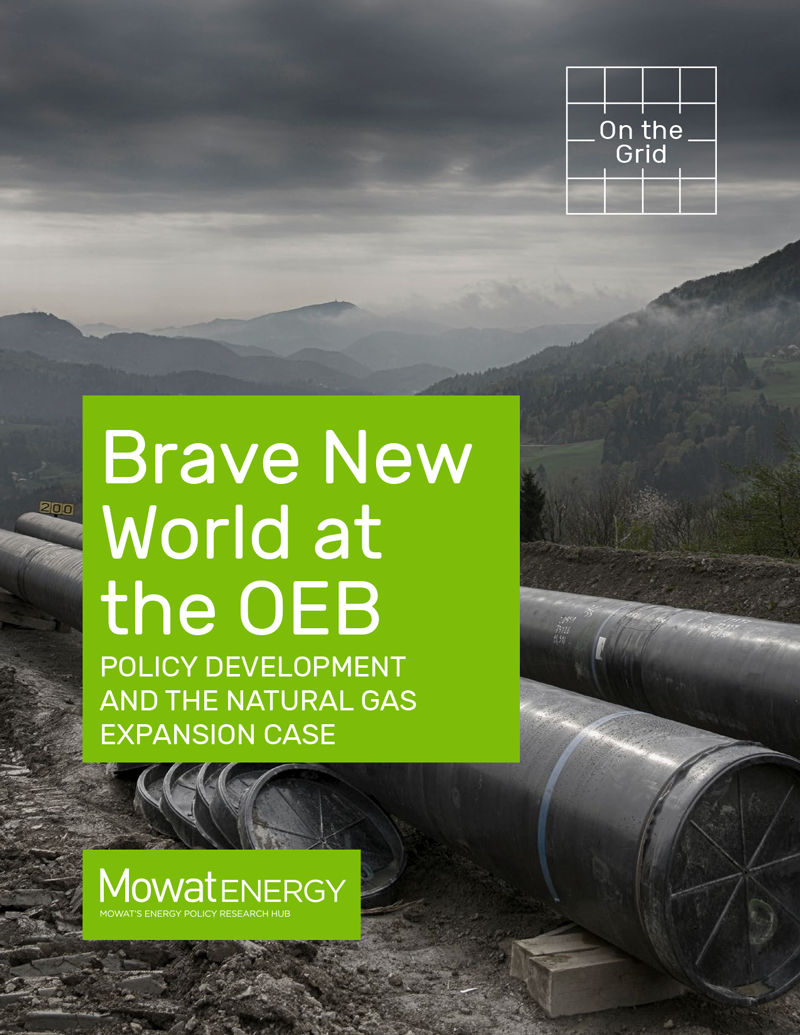 Distributed Energy Resources The role of regional planning, new benefit-cost methodologies and the competitive landscape What does the advent of distributed energy resources (DER...
When is a Strategy not Strategic? The federal government’s role in international education In November 2018, the federal government announced its intention to unilaterally develop a n...
A Different Ontario: Immigration Ontario’s Uneven Success Overall, Ontario appears to be a success story in terms of the recruitment and settlement of immigrants. But a closer look a...