Designing a Canadian What Works Centre

As demand for evidence-based policymaking increases at all orders of government, Canada must build capacity to generate and mobilize evidence. This paper explores the concept of What Works Centres, independent and non-partisan organizations structured to create, collect and curate evidence on public policy challenges and the success – and failure – of government and community-based interventions.

What Works Centres aim to provide the bridge between researchers, policymakers and practitioners – the convenors, translators and users of evidence. In other jurisdictions, What Works Centres have emerged as a key asset for one of government’s most pressing problems – how to make interventions more impactful and cost-effective for citizens.

This paper builds on previous Mowat Centre work to provide a thorough exploration of the model in the Canadian context and to guide the decisions required to create such an organization in Canada.

While evidence-based policymaking is not new, it has gained particular traction in the last decade. Governments, philanthropic funders and nonprofits, facing fiscal constraints, are under greater scrutiny about how funds are spent and what outcomes are being achieved. This has led to a growing patchwork of results reporting, performance measurement, audits and evaluations. A more comprehensive and structured approach to understanding and proving the real-world impact of policies and programs, however, has remained elusive.

To respond to this, the federal government in 2015 made a series of commitments to evidence-informed policymaking and to instilling a culture of “measuring results, innovation and continuous improvement in how government serves the needs of Canadians.” These commitments included creating a Policy on Results1 as well as a new Deputy Secretary to the Cabinet responsible for results and delivery;2 it is also mandated that departments “be clear on what they are trying to achieve and how they assess success.”

Nevertheless, interviews with leaders from government and the nonprofit sector revealed a common concern that Canada has been falling behind other leading countries in using evidence to improve the impact of public policies and programs, and to efficiently use public dollars. As one senior government executive described, “We [often] don’t have the data, or the evidence, or the experimentation to know what impact we’re having.”

Without a sound evidence base to guide the policymaking process, resources can be misdirected, misused or duplicated. Accessible evidence that incorporates frontline experience can help practitioners better understand what actions are truly having an impact, decide which actions could be scaled up to more communities, and inform how funds can be directed in a more strategic way. 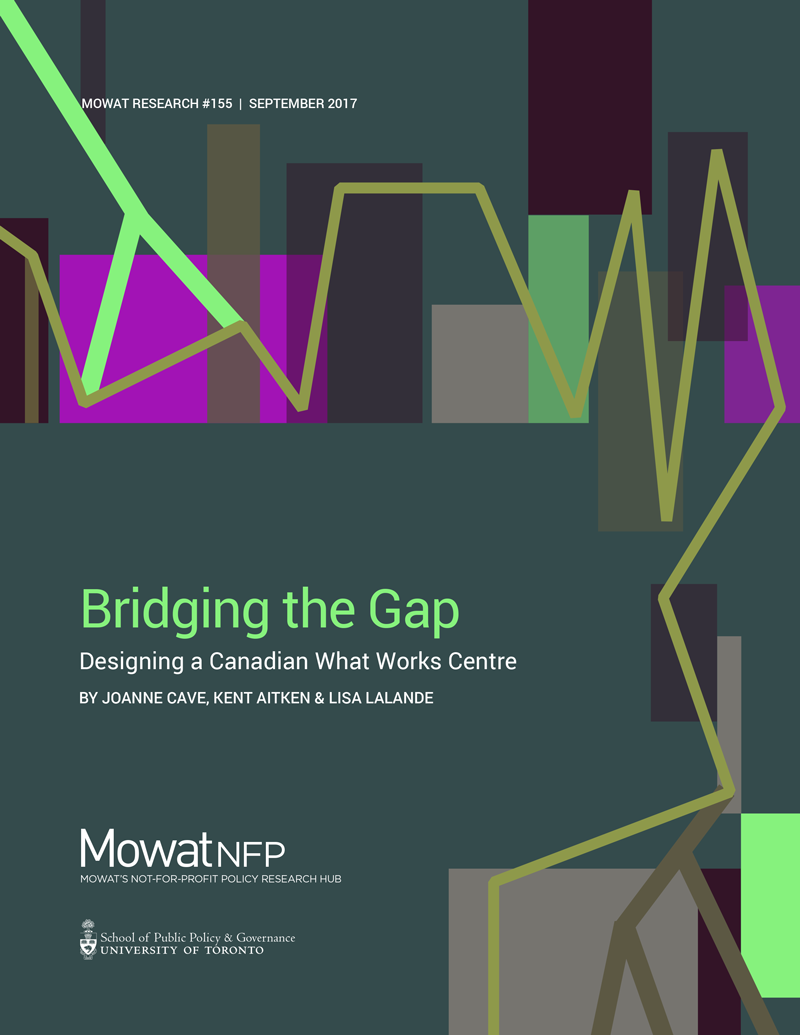 Committing to Action Next Steps for Canada’s Evidence Ecosystem How to ensure that social policy decisions are consistently and effectively guided by the best possible ev...
Committing to Action: Key Takeaways Today’s major social policy issues - from homelessness to early childhood development - rely on evidence-informed policies and practices to maximize i...
Innovation in Evidence Conference Recap Thank you to all attendees of the conference. Conference presentations (where available) are below:   Photos   Presentations ...