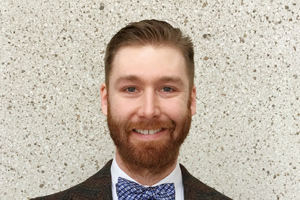 Michael joined the Mowat Centre as a Policy Associate in January 2016 and took on the role of Practice Lead – Government Transformation in September 2017. He brings a varied set of experiences to his work at Mowat ranging from his academic research as a Visiting Fellow at the Bill Graham Centre for Contemporary International History, to his more operational work as the Returning Officer for the federal riding of Spadina-Fort York in the 2015 federal election. He has also worked with Global Affairs Canada in Ottawa – most recently in the department’s Policy Research Division as a Cadieux-Léger Fellow – and in the think-tank and NGO sectors in Toronto and Ottawa.

Michael holds a doctorate in International Relations from Balliol College, University of Oxford. His doctoral dissertation, Imagined Security, developed a new understanding of the role of trust in international politics and focused on explaining how trust underpins the remarkable peace that has emerged between liberal democracies. Michael’s thesis and associated research have won a number of awards, including the 2015 Lord Bryce Prize for best International Relations doctoral thesis in Britain.

Committed to ensuring his work’s relevance outside the ivory tower, Michael has written regularly for Oxford Analytica, a global analysis and advisory firm, and his research and analysis have appeared in both academic publications and major newspapers such as The Toronto Star, The National Post and Winnipeg Free Press. He is also a Co-Chair of the Ranked Ballot Initiative of Toronto (RaBIT).

Michael is the recipient of numerous awards, including a Rhodes scholarship and a SSHRC doctoral fellowship. In addition to Oxford, he holds degrees from the Norman Paterson School of International Affairs at Carleton University and Queen’s University.