Are we taking full advantage of Canada’s linguistic duality?

As Canada celebrates the 50th anniversary of the Official Languages Act, Canadians still widely support its policy of official bilingualism. But our new analysis of 2019 opinion data finds that the recognition of the importance of bilingualism and multilingualism, in general, is eroding.

Official bilingualism, the policy that citizens can get federal services in either English or French, is supported by 82 per cent of Canadians, according to the landmark Confederation of Tomorrow 2019 Survey of Canadians. Support is at 70 per cent or higher in every province, and is strong among both francophones and anglophones. It is also strong among both younger and older Canadians, among immigrants and among Indigenous Peoples. And it is virtually unchanged since 2001.

However, support for the notion that it is important for younger generations to learn a second language, while remaining high, has declined since 2001. This decline is most pronounced among anglophones and, most worryingly, among younger Canadians.

In an increasingly interconnected economy where multilingual skills are a competitive asset, this is a disquieting trend. The anniversary of the Official Languages Act provides a valuable opportunity to renew the discussion in Canada about the importance of bilingualism and multilingualism in the 21st century. 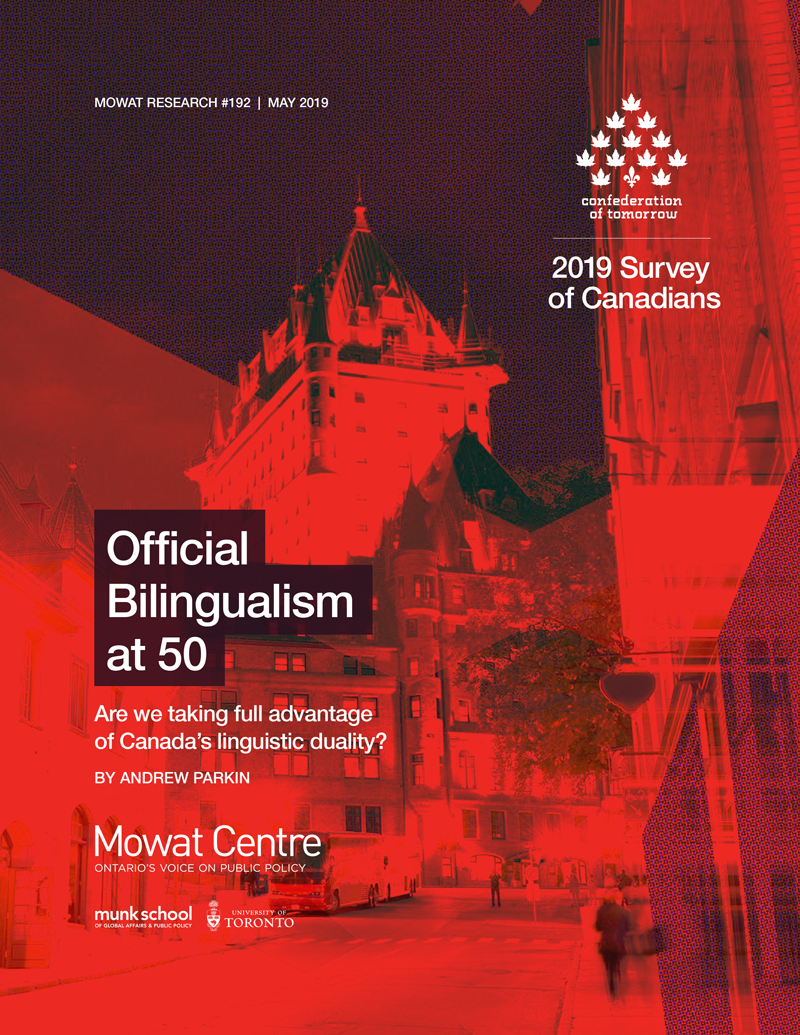 The State of STEM: Educating Canadians for the Next 50 Years What skills and competencies will young Canadians need to successfully navigate our increasingly complex world? And what steps need to be taken by all...
How Ontario sees the federation, and how the federation sees Ontario  When the results of the 2019 Confederation of Tomorrow survey were released in March, headlines naturally turned to the federation’s traditional hot s...
Jeunes francophones: un réservoir d’appuis potentiels à la souveraineté La Presse présentait récemment les résultats de recherche d'une nouvelle enquête d'opinion publique et en concluait notamment que « les Québécois ne s...