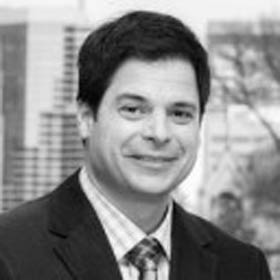 Phil Triadafilopoulos is Associate Professor of Political Science at the University of Toronto. He is also the SPPG Associate Director. He teaches courses in public policy at the University of Toronto Scarborough (UTSC) and the School of Public Policy and Governance (SPPG), and conducts research in the areas of immigration and citizenship policy in Europe and North America.

Triadafilopoulos received his PhD in Political Science for the New School for Social Research and is a former Social Sciences and Humanities Research Council of Canada (SSHRC) Postdoctoral Fellow. He also held a two-year visiting research fellowship at the Institute for Social Sciences at Humboldt University through the German Academic Exchange Service (DAAD). Triadafilopoulos was a Visiting Professor at the Hertie School of Governance in Berlin in 2012 and a Visiting Fellow at the Institute for German Studies at the University of Birmingham in 2013.Triadafilopoulos’ current research examines the extension of public funding for Islamic religious education in Canada and Germany. He is also interested in how centre-right, conservative parties in Europe and North America are adapting their electoral strategies in response to more culturally diverse electorates.

Triadafilopoulos is the author of Becoming Multicultural: Immigration and the Politics of Membership in Canada and Germany (Vancouver: University of British Columbia Press, 2012), which was shortlisted for the Canadian Political Science Association’s 2013 Donald Smiley Prize for the best book in Canadian politics and 2014 Comparative Politics Prize. He is the editor of Wanted and Welcome? Policies for Highly Skilled Immigrants in Comparative Perspective (New York: Springer, 2013), and co-editor (with Kristin Good and Luc Turgeon) of Segmented Cities? How Urban Contexts Shape Ethnic and Nationalist Politics (Vancouver: University of British Columbia Press, 2014).