Governing the Future: The need for standards for digital labour platforms

In recent years, digitization has transformed our lives in significant ways – from the way we shop, to how we interact with others, to our working habits. The fact that many of these often transactional activities are now facilitated via digital platforms represents a critical shift in our economy and society.

But while these digital platforms have certainly increased convenience and efficiency in many parts of our lives, the largely unexamined ways in which they are structured and governed – or often not governed – are increasingly raising serious and novel concerns. In particular, digital giants – such as Google, Amazon, Facebook, Apple and Uber – now wield enormous, arguably monopolistic, powers within important sectors of the economy.

Many fear that these companies are too big to be regulated by traditional national governments. But one major reason for this concentration of power is that these firms have been allowed to construct and use digital platforms in ways that put their business interests ahead of the interests of other stakeholders.

The Mowat Centre recently completed a project focused on exploring the question of where standards-based solutions can play a larger role in addressing the challenges raised by the digitization of our economy and society. This report focused on three key areas – data governance, AI and algorithms, and digital platforms. This TLDR highlights some of the key insights from our research in the area of digital platforms. 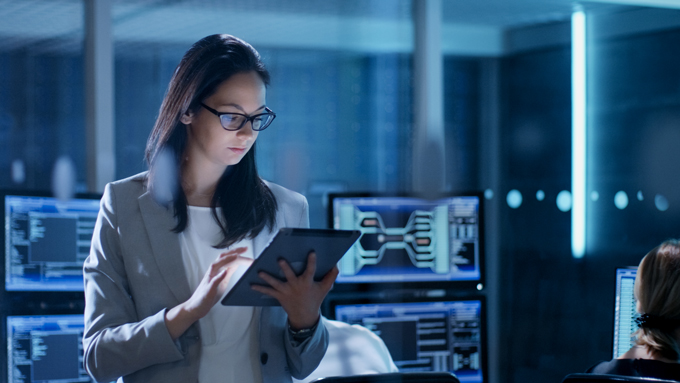 In many sectors of the economy, digital platforms have reduced transaction costs, facilitated connections, and increased flexibility and opportunity. At the same time, they have often led to decreased competition and increased concentration of power in the hands of a few global players. Worryingly, some have also facilitated the exploitation of digital platform workers.

Some of the reasons why they have produced these negative consequences include:

There are few existing rule instruments (i.e. laws, regulations or standards) that seek to respond to the specific structural issues related to digital platforms. While legislation such as the European Union’s General Data Protection Regulation (GDPR) has focused on aspects like privacy and consent, standards for platform design are sorely lacking.

Nevertheless, some less formal initiatives are worth highlighting. Many of these are aimed at helping users make informed decisions online, for example, by providing evaluations of various ToS agreements. Creative Commons’ “human readable” versions of software licenses, the “Terms of Service; Didn’t Read (TOS;DR)” project, and watchdog project FairCrowdWork.org’s assessment of the ToS of crowdworking platforms are all examples of initiatives that seek to provide easy-to-read summaries and ratings for the ToS of major websites and Internet services.

In terms of labour laws, traditional rule instruments are largely inadequate to respond to the novel challenges presented by digital labour platforms, and no new laws have been adopted to promote decent digital work so far. That said, the International Labour Organisation (ILO), which has overseen the system of international labour standards since 1919, recently launched a “Future of Work initiative” designed to respond to the changing nature of work and advance social justice.

Some other initiatives worth noting include a “Crowdsourcing Code of Conduct” that was developed in 2015 by the German software testing platform, Testbirds. This code sets out principles such as fair payment, only serious tasks, and open and transparent communication. An Ombuds office was established in 2017 to enforce the code and resolve disputes between workers and platforms. Similarly, the UNI Global Union developed “10 Principles for Workers’ Data Rights and Privacy” to protect workers’ rights in an increasingly digitized employment landscape.

Closer to home, the Standards Council of Canada and the CSA Group facilitated a workshop, held in 2017, that resulted in an ISO International Workshop Agreement (IWA 27:2017) called the Guiding principles and framework for the sharing economy. This framework includes high-level principles that can act as a foundation for the governance of the highly digitized sharing economy.

The current lack of rule instruments designed to address the issues raised by platforms’ designs and structures suggests that there is room for innovative solutions.

What role can standards play?

The current lack of rule instruments designed to address the issues raised by platforms’ designs and structures suggests that there is room for innovative solutions. In our report, we identify opportunities for standards to be used to make ToS agreements more user-friendly, and to reduce power imbalances between platforms and users. We also suggest developing standards for platform design and architecture to enhance transparency and reduce information asymmetry.

Digital platform workers’ work history and reputation data provides an example of what greater transparency in platform design might look like. By creating industry-wide standards for platforms’ peer-review and ratings systems, SDOs can create comparability in this data and enable their transfer across platforms. Doing so could give individuals greater control over their data as well as increase competition between platforms. For example, ride-sourcing drivers cannot transfer their five-star rating data and use it on other platforms. A common standard for such rating information could neutralize an important potential excuse for resisting data portability and, in so doing, promote worker mobility and competition on prices and wages between platforms.

This TLDR is the final post in a three-part series examining the potential for standards-based solutions to play a positive role in governing the digital economy. Other posts examine opportunities for standards in the contexts of data governance and artificial intelligence (AI) and algorithms. All three posts draw on research conducted for a project commissioned by the CSA Group which produced a report entitled: The Digital Age: Exploring the Role of Standards for Data Governance, Artificial Intelligence and Emerging Platforms.

Governing the Future: Creating standards for artificial intelligence and algorithms The use of artificial intelligence (AI) and algorithms is spreading rapidly across sectors. This includes areas as diverse as immigration application ...
The Digital Age Exploring the Role of Standards for Data Governance, Artificial Intelligence and Emerging Platforms Over the past 20 years, a series of new digital t...
Governing the Future: Better data governance requires better standards The generation and use of big data – and its role in the economy and across society – is growing exponentially. Many are already declaring it the most...