A Framework for a 21st Century Electricity Market for Ontario

This paper, the latest in Mowat Energy’s On the Grid series, analyzes the impact of this development on the wholesale energy market in Ontario and recommends a path forward for effective continued investment in low-carbon energy generation. Driven by technological change and government policies, Ontario electricity generation is now dominated by nuclear, hydro, wind and solar.

Compared to fossil fuel generation, these energy sources are all low-carbon and have low marginal costs, but large upfront construction costs. The growth of these resources is therefore disrupting the wholesale electricity market, which so far has been based on generators bidding at their marginal costs.

The paper concludes that, in order to ensure that the investment we need in low-carbon energy continues, we need to refocus the wholesale electricity market away from pricing outputs and toward pricing outcomes.

For almost 100 years, electricity has been sold as if it were a physical commodity, with customers buying electrons measured in kilowatt-hours (kWh) or megawatt-hours (MWh).

The introduction of competition into the electricity sector in North America and Europe in the late 1990s and early 2000s extended this commodity pricing model to wholesale electricity markets. These new wholesale markets were energy-only markets in that it was only the MWh that was traded between buyers and sellers, without concern for how it was generated.
The retail price consumers pay for electricity is derived from the wholesale price but includes other costs, such as for reliability and transmission and distribution.

The true test of any market is its ability to provide accurate and transparent short- and long-term price signals to enable the efficient operation and planning of the system, while allowing for and even encouraging innovation.1 As an essential service, electricity also has to meet such public policy objectives as reliability and affordability. In the beginning, this commodity-based electricity market was arguably able to provide that in many jurisdictions.

But policy priorities have changed since electricity markets were opened to competition, and while low-cost reliable electricity is still important, reducing carbon emissions has also become an important goal for the sector. This has led to a shift from fossil fuels to renewables and other low-carbon forms of generation. As a result, how the electricity was generated increasingly matters to both consumers and policymakers.

For reasons explored in this paper, the increase in low-carbon generation, coupled with low natural gas prices in North America, has meant that in many jurisdictions the energy-only price of electricity on the wholesale markets is often below the actual system costs of supplying that electricity. Integrating variable renewable electricity such as wind and solar into the current wholesale market is another concern. As a result, the current electricity market is not able to provide the services and price signals needed for efficient planning and operations, which could limit the investment in new low-carbon energy needed to meet emissions reductions targets.

Policymakers in different places have introduced patches – such as capacity markets or subsidies for certain types of technology, primarily renewables and nuclear – as the market alone has been unable to deliver the desired outcomes. But if we assume that markets are the most efficient method of providing signals to consumers and providers,2 and the current market is not providing the services needed, then rather than apply patches we should move to a new market paradigm.3

This paper examines how energy-only wholesale electricity markets developed, the ways in which low-carbon generation is disrupting the current market model and why Ontario is particularly susceptible to these developments. Finally, assuming that a market-based approach is the preferable option, the paper will propose a new framework, moving beyond current market reforms, for thinking about how a 21st century electricity market could provide the outcomes the public needs.

Mowat Energy’s On the Grid series provides a platform for original thinking about the future of the energy sector in Ontario. The series includes contributions from Mowat Energy, as well as articles or case commentaries authored by interested experts.

To the On the Grid page 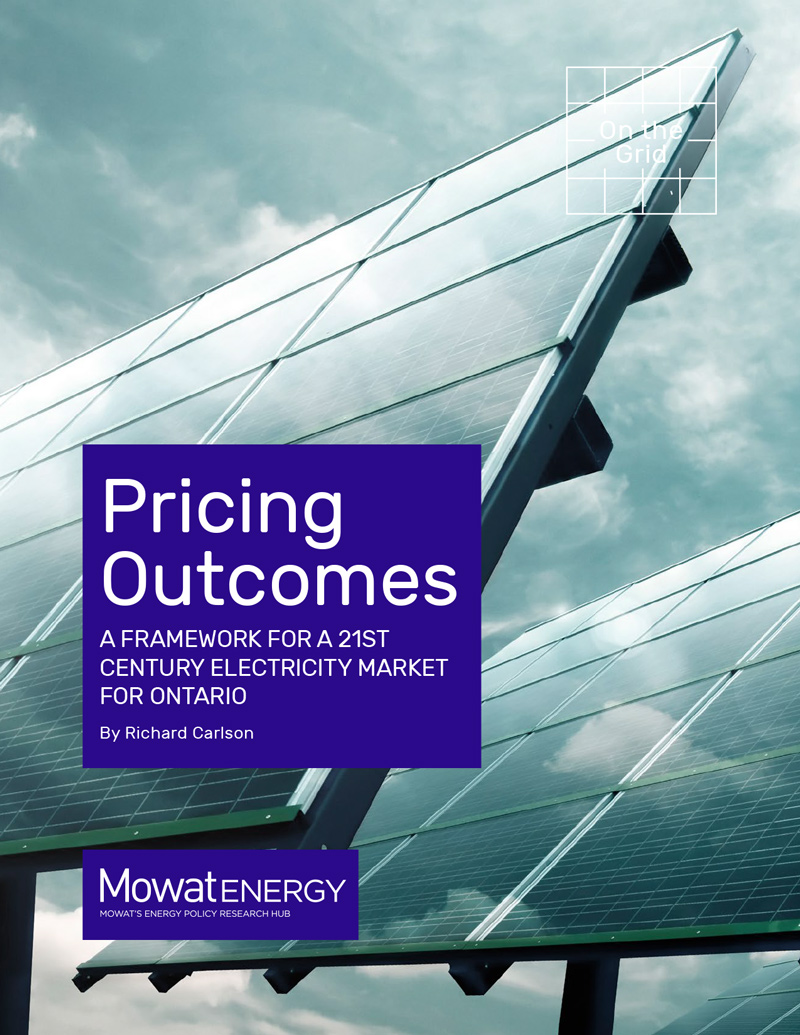 Distributed Energy Resources The role of regional planning, new benefit-cost methodologies and the competitive landscape What does the advent of distributed energy resources (DER...
Come federal budget time, spare a thought for Canada’s unprincipled transfers The federal government will issue its 2019 budget on March 19th. As always, the majority of federal spending will come in the form of transfer payment...
Deconstructing the Gap Quantifying the impact of unprincipled allocations of federal transfers to Ontario The majority of federal government spending comes in the form of t...