Most Ontarians believe that urban and rural Canadians have different values. Our new analysis of data from an Ontario-wide survey conducted in November 2017 shows that, on most issues in Ontario, such an urban-rural divide is not evident. 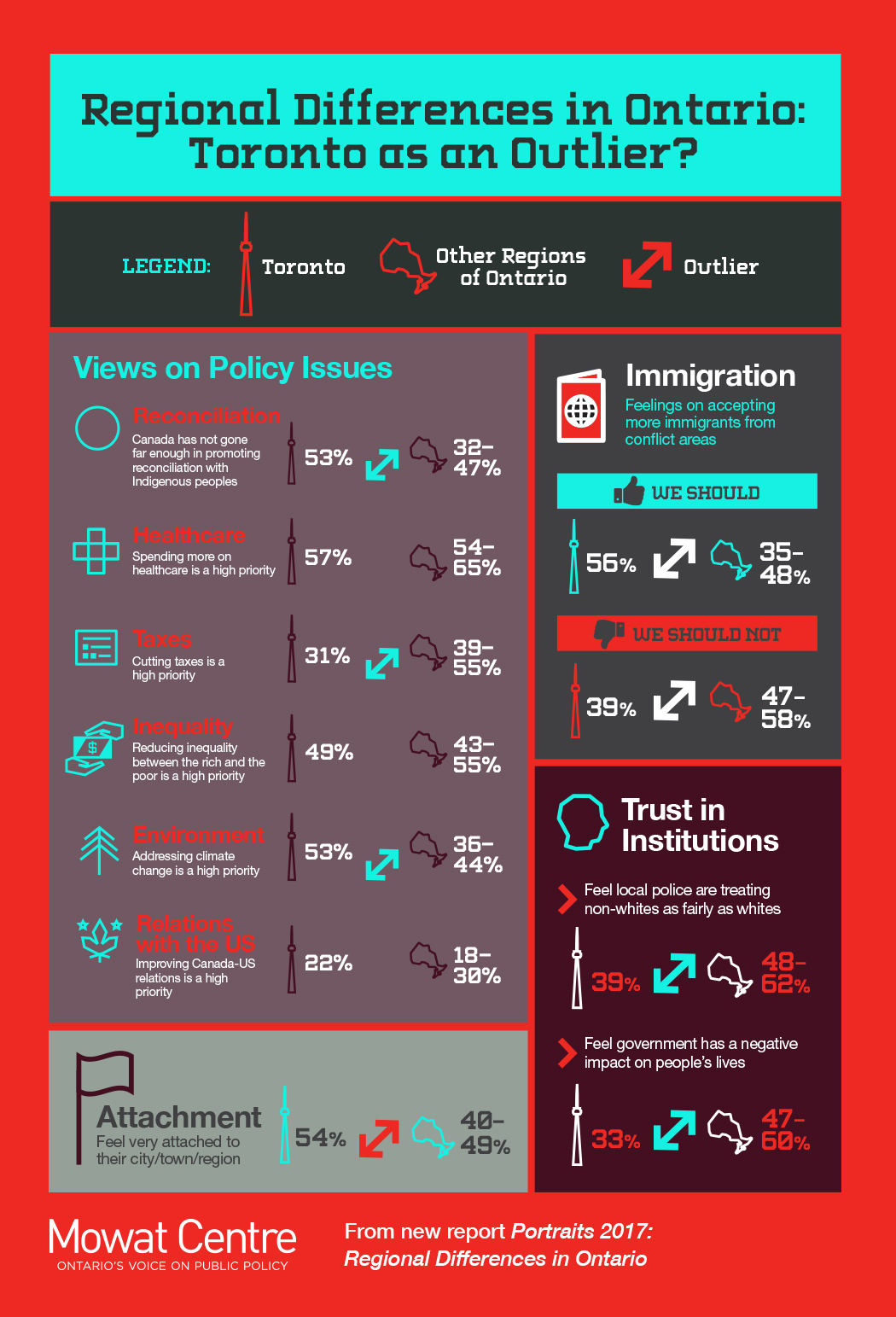 On many questions related to public policy choices, we find that the differences in preferences across the province’s regions are either relatively modest, or not reducible to ones between big cities and small towns. Only in a handful of cases – primarily on how local economies are doing and how they are impacted by international trade agreements – do such difference align along urban and rural lines.

Much more frequently, the views and values of urban and suburban Ontarians outside Toronto are closer to those of rural Ontarians. Indeed, the most consistent pattern we found is that, on many (but not all) issues, the views and values of Torontonians are an outlier when compared to other regions of the province. This is especially noticeable on issues such as immigration, climate change, and taxes.

At the same time, it is important not to exaggerate the extent of these differences. Toronto stands out on many questions but by no means all. And in every case, there are significant numbers of people across all regions who think alike. 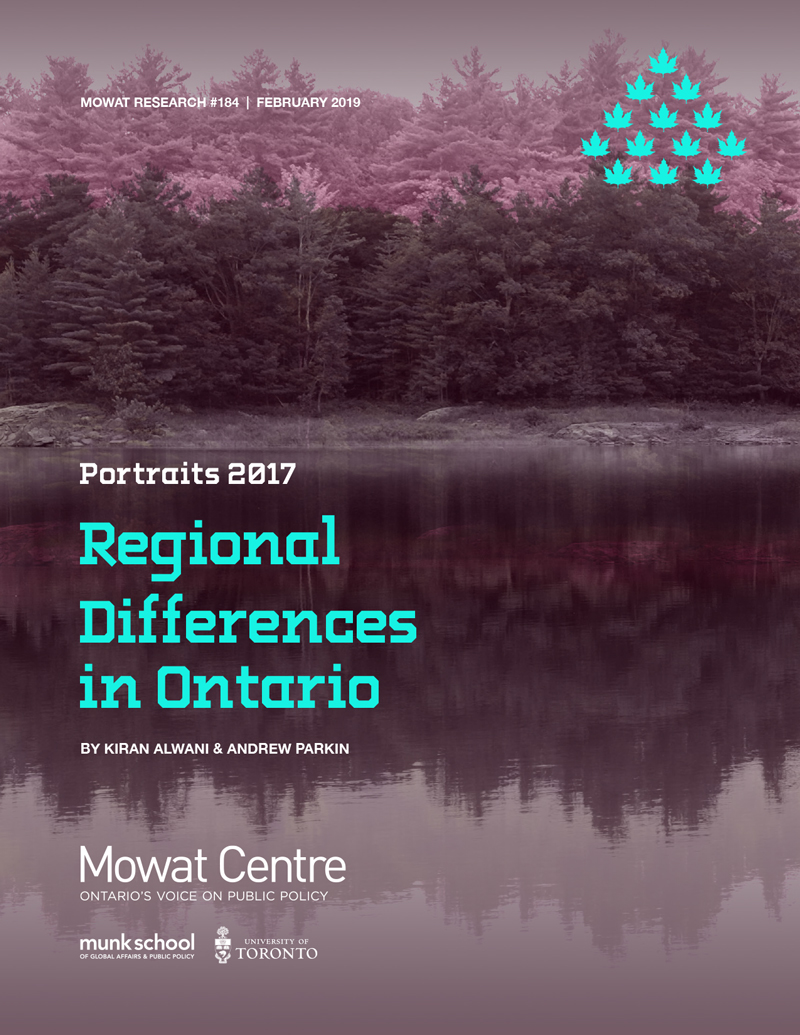 The Portraits 2017 series analyzes survey data from a comprehensive study of public opinion in Ontario and Quebec. The survey focused on a wide range of subjects, including federalism, the economy, social programs, international trade, immigration and diversity, and relations with Indigenous peoples. The data provides valuable new evidence about whether and how citizens’ attitudes towards one another, to the federation and to Canada are evolving at a time of considerable change and uncertainty in the wider global political context.

Portraits 2017: Economic Security and the Social Safety Net A decade after the financial crisis of 2008, many Ontarians remain somewhat uncertain about the future, expressing concerns about job security and opp...
A Different Ontario: Income & Employment A Decade of Change The last recession had a profound effect on Ontario, but its effects were felt differently by Ontarians from different backgrounds...
Official Bilingualism at 50 Are we taking full advantage of Canada’s linguistic duality? As Canada celebrates the 50th anniversary of the Official Languages Act, Canadians still...